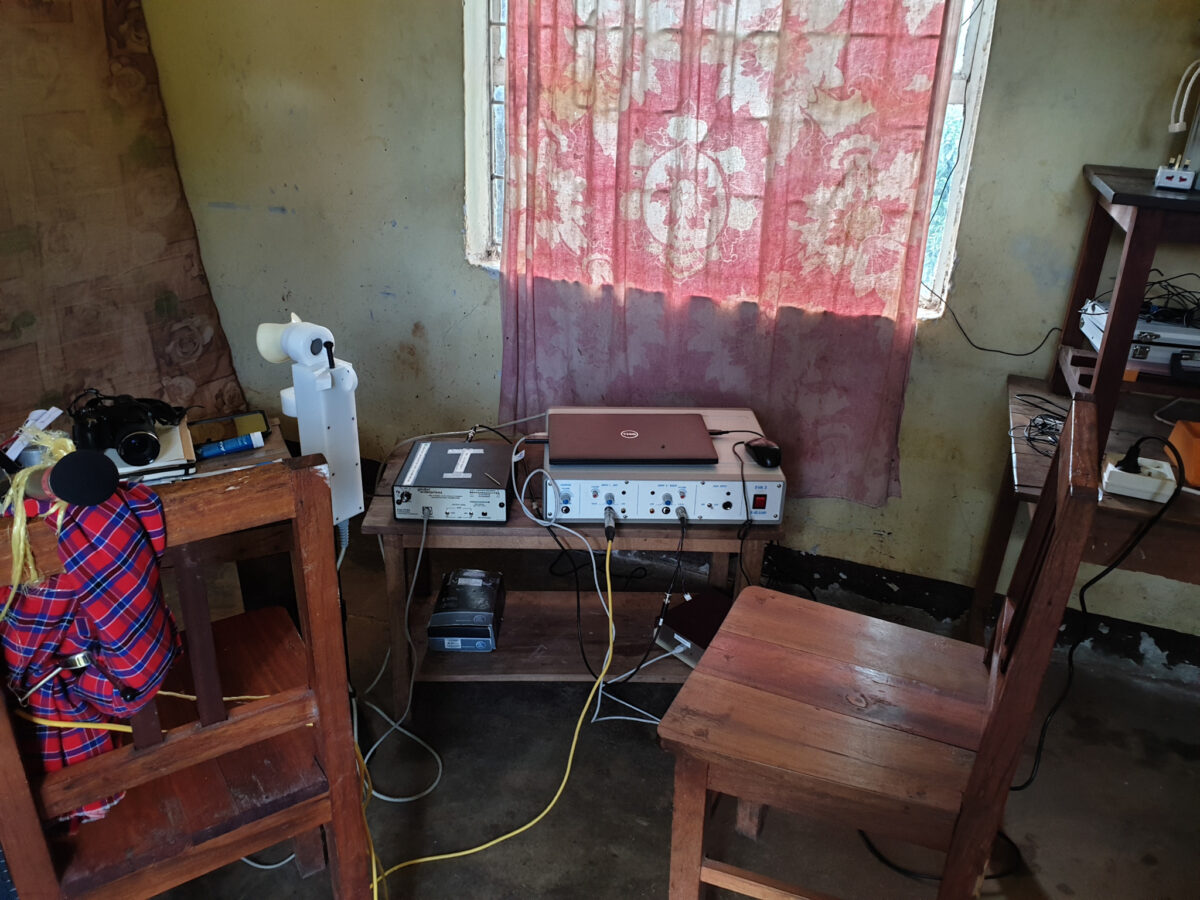 Alain Ghio, research engineer at LPL, and Didier Demolin, professor at the Laboratory of Phonetics and Phonology (LPP) in Paris, carried out a joint mission from 13 to 26 February in the northeast region of Tanzania. The purpose of this mission is to record and study two languages ​​of this region: the language of the Iraqw (Kwermusl village) and the language of the Hadzabe (Mwangeza). The first language is distinguished by ejective consonants for which the larynx makes surprising movements. The second is a language spoken by a tribe of hunter-gatherers, which has 65 consonants, including a dozen clicks.

But what did they go to do more specifically?
Experimental field linguistics. The association of these different words is generally difficult to reconcile. And yet, that’s what they did. They went to meet Iraqw and Hadza speakers on the spot, in the bush, in Tanzania, and they recorded them with advanced laboratory techniques: aerophonometry, electroglottography, lab films, palatography ... which is a scientific feat almost new. Using these techniques in the laboratory in Amsterdam, Marseille or Los Angeles is common. Do field surveys with a portable pocket recorder. That is done. But doing aerophonometry in the middle of the savannah is a challenge. Didier Démolin is the specialist. Alain Ghio is co-inventor of the EVA2 aerophonometry device and masters the technical constraints of this type of experiment. [...]

See also the article published by the Laboratory of Phonetics and Phonology (LPP), partner of this project (in French):